The Place in Which

Statement from the show catalogue:

“Before you is a canvas, a shroud that has taken the form of my grandfather’s drafting board. This board is a locus of identity for both of us – the place of his work as an architectural draftsman and cartoonist, the place of my inception as an artist. During the opening reception, I will be enacting the canvas, drawing / tracing / inscribing, mapping the lines that unify our two paths.

The actions are performed through an electric eraser, a drafting tool intended for obliteration now used in generative strokes. Just as the drawings are incised, however, their ground shifts; as more graphite is removed, the drawing is both made manifest and expunged at once.

The act of memory, the place of memory, is one whose presence is nebulous, constantly in flux. To remember is to destroy and create, to cover and reveal, to generate through palimpsest, to draw from what was once there in order to make anew.” 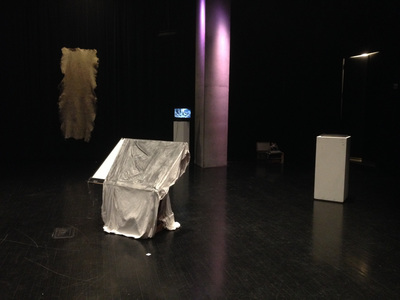 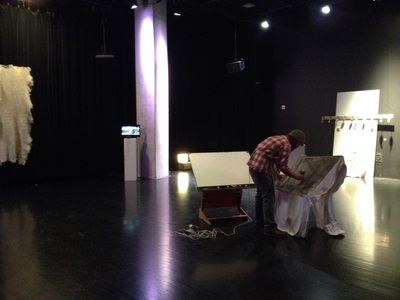 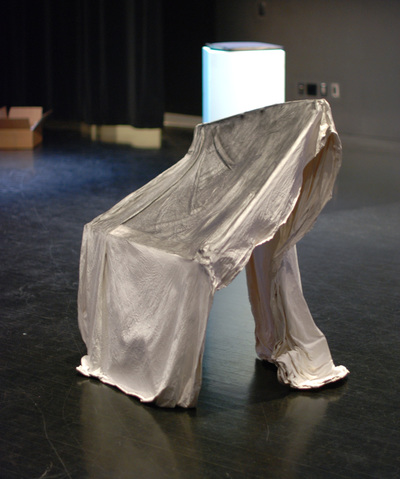